MS Office 2007 Enterprise is a version of Microsoft Office, a family of office suites and productivity software for Windows, developed and published by Microsoft. It was released to manufacturing on November 3, 2006; it was subsequently made available to volume license customers on November 30, 2006, and later to retail on January 30, 2007, the same respective release dates of Windows Vista. It was preceded by Office 2003 and succeeded by Office 2010.

MS Office 2007 introduced a new graphical user interface called the Fluent User Interface, which uses ribbons and an Office menu instead of menu bars and toolbars. It also introduced Office Open XML file formats as the default file formats in Excel, PowerPoint, and Word. The new formats are intended to facilitate the sharing of information between programs, improve security, reduce the size of documents, and enable new recovery scenarios.

MS Office 2007 includes new applications and server-side tools, including MS Office Groove, a collaboration and communication suite for smaller businesses, which was initially developed by Groove Networks before being acquired by Microsoft in 2005. Also included is Office SharePoint Server 2007, a significant revision to the server platform for Office applications, which supports Excel Services, a client-server architecture for supporting Excel workbooks that are shared in real time between multiple machines, and are also viewable and editable through a web page. With Microsoft FrontPage discontinued, MS SharePoint Designer, which is aimed towards development of SharePoint portals, becomes part of the MS Office 2007 family. Its designer-oriented counterpart, Microsoft Expression Web, is targeted for general web development. However, neither application has been included in MS Office 2007 software suites.

Speech recognition functionality has been removed from the individual programs in the Office 2007 suite, as Windows Speech Recognition was integrated into Windows Vista. Windows XP users must install a previous version of Office to use speech recognition features. According to Forrester Research, as of May 2010, MS Office 2007 is used in 81% of enterprises it surveyed (its sample comprising 115 North American and European enterprise and SMB decision makers).

Microsoft Office 2007 provides convenient and simple tools to increase the productivity of an individual person, as well as simplify teamwork, optimize business processes and workflow, and conduct business analysis.
The existing principles of the organization of the user interface have been completely revised in order to make it easier for end users to work, to help them achieve impressive results faster. With a new interface, a modified graphics engine, improved information visualization functions and updated task management tools, users will be able to create professional-looking documents, find and analyze the information you need faster and more efficiently plan your time and prioritize. MS Office 2007 is a complete suite of desktop and server software that can help you organize the way people do business in an enterprise.

The latest release of this suite of software introduces new capabilities that can dramatically increase individual productivity, simplify how people work together, streamline processes and corporate content management, and improve the quality of case analysis across an organization. 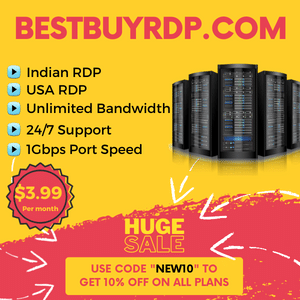